A lifetime ago, provided you’re 27, best friends of mine came to work in Zimbabwe on a 2 year Dutch government contract as doctors at a mission hospital outside of Harare. They weren’t there long when an abandoned baby was left at the hospital. The baby had nothing. Rather than let him lie in the maternity ward naked, my friends bought him some diapers and clothing. That first night the expectant mothers in the maternity ward stole the little baby’s clothing. So my friends bought the little guy more nappies. Which alas on night 2, also got stolen. On night 3, my friends took the little guy home and he got to keep his clothes. When I heard the story, I was hugely angry at those expectant mothers, stealing from a kid who had nothing, and hugely disappointed and they remain my benchmark for low. The kid deserved better. 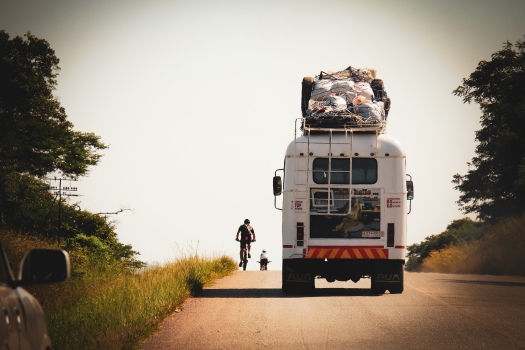 In much the same way, angry and disappointment kicked in again last week with a side order of disgust when relief aid got highjacked by ZANU in Chimanimani. For me, it soured an amazing heart warming response to the biggest weather calamity in decades which saw so many with so little give so much. And then the fat cats came along and hung their political hats on the generosity of others. Alas. I now have a new benchmark for low. The poor, poor people of Chimanimani deserve better of their politicians.

Ditto the poor, poor people of Mberengwa on the other side of Zimbabwe. Last week their MP forced nursing staff at a local clinic to hand back donations of badly needed medical supplies including beds, mattresses, bandages and medicines because they were donated by a son of the community born at the clinic 44 years earlier and now a staunch member of the MDC. The nurses didn’t want to hand back the badly needed medical supplies. They’ve been recycling bandages forever. It took CIO fear factor to make them.Alas. The people of Mberengwa deserve more from their politicians than fear, disappointment and recycled bandages.

And all of the above against a backdrop of the big hungry that is just months away when 1 in 3 i.e. 5 million Zimbabweans will require food aid and charity.

Before moving onto things more positive, a positive footnote to my opening story. The little naked kid with nothing was adopted by my friends and is now 27 and currently serving as a soldier in the Dutch army.

In less than 2 months, we set out for Mt Kilimanjaro on our bicycles. To see if our legs and logistics are ready or not, we staged an Old Legs Mini Tour this last weekend which took us from Harare to the Mavuradonha Wilderness on the edge of the Zambezi escarpment by way of Mt Darwin and Centenary – 290 kms with almost 3000 m of climb in 2 days. We were eight in the riding group including Old Legs members Alastair, Dave, Adam, plus Alan Rheeder all the way from Joburg and me all the way from Mt Hampden plus Laurie Watermeyer, Fi Semper and Vincent Oldenbroek. Manning the vehicles complete with our fully equipped kitchen trailer and our shiny new bike trailer were Jenny, Linda, Bill Annandale and Sarah Chapman.

Predictably, our well oiled machine ran out of oil in the first hour of the first day. Worried that he’d ride slower than the rest, Alastair said he’d start peddling an hour and a bit earlier and we’d catch him in time for breakfast before Bindura. Unfortunately Alastair woke up in a panic after oversleeping, asked Laurie to drop him off 20km into the ride and set off faster than a speeding bullet to catch us up. Which was a great plan apart from the fact that we were behind him because we also got off to a late start. Consequently Al got to the breakfast stop 2 hours before the breakfast cooks. On a roll and feeling strong, Al decided not to wait and to push on solo and unsupported. He eventually arrived at our Mt Darwin overnight stop three and a half hours ahead of the rest of the group. Because he’s a mate, I ate Al’s breakfast bacon and egg roll for him. It was very tasty.

Our first night stop was at Child Future Africa orphanage 10 kms before Mt Darwin – currently home to 10 orphans ranging in age from 4 to 18. We were able to donate a bunch of stuff to the kids including clothing, school materials, food and sweets. The kids played us a thank you concert on marimbas and mbiras . The stand out performer was a little guy called Takudza who was rock and roll good. Takudza tutored Dave as best he could for 10 minutes but got nowhere and was forced to pronounce Dave as being utterly rhythmless. I would pay Dave good money to not play.

To be an orphan in Mt Darwin is about as vulnerable as you can get. But the kids we met at Child Future Africa were happy, safe and secure in their refuge home. We’ll be staying there again on our first night on the Mt Kilimanjaro Tour. Please check them out on the Internet and help if you can.

Day two of our mini Tour was huge with 150 km and 2000 m of climb. Luckily the weather was kind with cool, overcast conditions… for about the first 15 minutes. Thereafter it was bloody hot – as in wilting baobab hot. Adam was living proof that Churchill boys did not learn about electrolytes in science class and rode without. He started running out of oomph early in the ride and tried to compensate by jettisoning any and all superfluous weight including the breakfast he’d just eaten. How he carried on for another 5 hours and 90 kms up a million hills and mountains I do not know. But he did, losing 6kgs in the process. If he keeps that up by reckoning he’ll weigh minus 54 kilos by the time we get to Mt Kilimanjaro.

Bar Adam’s dietary whoopsie, we were all pretty happy with where we are in terms of our training targets. Ditto Mark Johnson who replicated our ride on the other side of the world in Australia. Alastair was especially pleased, grinning like Donald Trump when he found out he wasn’t Russian and flaunted his extra weight on every downhill, whizzing past at annoyingly high speeds.

We rode through some achingly beautiful bits of Zimbabwe on the ride, achingly being a very apt cycling adjective. Scenery seen at 20 kph on a bike is way better than from a car. Sarah was the Tour cameraman and did the scenery justice. Check out her album on the webpage and Facebook page. Riding down the main road through Mt Darwin for me was epic. Ditto down the escarpment at Mavuradonha. We rode past failed crops all day long, a stark reminder of the big hungry to come. That so many of the failed crops were next to big dams full of water was an even starker reminder of the stupidity of fast track land reform.

The best thing about riding through the communal lands is the people you meet. We met a dreadlocked young tobacco farmer delivering his crop by Scotch cart. I met a fashion aficionado walking along a dusty road, arm in arm with his girlfriend, wearing his very bold ‘I Love Vaginas’ tee shirt. Without exception the people were friendly and very interested in our Old Legs Tour.

Jenny, Linda and Bill excelled and as a riding group we wanted for nothing on the road. I think that I might actually have put on some of the weight that Adam lost.

We ride to help Zimbabwe’s pensioners. If you would like to donate go to https://www.justgiving.com/fundraising/oldlegstour and follow the prompts. In Zimbabwe, transfer to Bulawayo Help Network via their CABS Platinum Account number 1124733450 or their Ecocash merchant number 139149. Monies donated help pensioners country wide.

I’m happy to introduce our last member of the support team – Bill Annandale. An educator by profession with a passion for entrepreneurship, Bill will add gravitas and value to the Old Legs Team. His hobbies include keeping mildly active, preferably on a boat with a rod. “God didn’t call us to be comfortable, He called us to take new ground. The scary place is where we grow.” (Joel Osteen)

In closing this week’s Swahili 101:

Until next week, survive, enjoy and pedal if you can- Eric Chicken Legs de Jong

Photos – the cutting edge of fashion, on the way to weighing minus 54 kilos, tobacco farming Zim style, a bike and a bus and beautiful Zimbabwe.